BRIEF REPORT ON DEVELOPMENTS OF CASUAL LABOUR ISSUES
After the formation of union for casual labour with the support of  NFPE, because of  the pressure by NFPE and our union department appointed a committee on the issues of casual labour with Manojit kumar the then CPMG Assam circle as chairmen. After the submission of report by the committee, again a committee was appointed with Sri. Viswapawan pathi the then PMG of Hyderabad as chairman to suggest the modalities to implement the Assam CPMG committee report. Even though we are insisting to implement the DOPT order issued in July 2006 basing on the Judgment of Honorable Supreme court in Umadevi Vs Government of Karnataka. Department is reluctant in issuing orders .
The report submitted by PMG Hyderabad was sent to DOPT for approval which contains some modalities  to regularize  the casual labour and suggestions on wage revision. But DOPT returned the file asking the department why the orders of DOPT issued in July 2006 were not implemented.
At this stage Department issued orders to implement the DOPT orders recently. But till date these orders are not implemented seriously in many circles. We have to build pressure at circle/Division level for implementation of these  orders . If these orders are implemented at least some FTCL/PTCL who are working against a single post for 10 years as  on 31st July 2006  will be regularized even though they are recruited irregularly.
In the mean time our Kerala circle went to Honorable  CAT for revision of wages of casual labour. Recently judgment was delivered but kept reserved . it will come out very soon.As a protest against this abnormal delay and tossing the files from one department to other one day Dharna was organized by NFPE on 12th august at Jantar-Mantar  Newdelhi. All  general secretaries of NFPE participated in Dharna .
Inspite of all these efforts the issue of regularization and revision of wages is not settled in R/o casual labour. Taking this seriously postal JCA decided to organize programme  throughout the country commencing with Dharna before all divisional officers on 24th September 2014. In the charter of demands the issue of casual labour was taken as item No 2 which shows the importance given to it  by postal JCA. The programme will end with INDEFINITE STRIKE in December after conducting  MARCH TO PARLIAMENT  in November. The dates will be announced later. After submitting this memorandum department informed to NFPE that the casual labour issue will be settled within one month.
To settle all these issues there is no other way except to mobilize workers and organizing them to make the postal JCA programme success. Unless casual labour union is formed in all circles/divisions it will be very difficult to organize them. NFPE issued circular with a direction to all NFPE affiliated circle unions to take this issue seriously and form casual labour union in all circles with in three months. We appeal to all circle secretaries of NFPE unions to take it seriously and form the casual labour union in there circles so that the unity among the workers will strengthen in future.
NFPE Zindabad
AIPC PCC WF Zindabad
Y. Nagabhushanam
Working President

Posted by Y. Nagabhushanam at 06:52 No comments:

NFPE Special Appeal to the leaders of affiliated unions

After a detailed discussion following decisions are taken :

1. State Committees (either elected or ad hoc) should be formed in all remaining States before   November 15th, 2014. NFPE CHQ shall issue instructions to all Circle Secretaries to take initiative and complete the formation of State Committees before 15.11.2014.
2.2nd All India Conference of the Federation will be held in the month of February 2015. All Circle Secretaries of Maharashtra Circle shall extend full support and guidance for the success of the AIC.
3.Decided to convene next Central Working Committee meeting on 23rd and 24h November 2014 at Dwaraka (Gujrat) along with the Diamond Jubilee Celebrations of NFPE.
4.Decided to Register the All India Federation under Trade Union Act. Com.P.Mohan, General Secretary is authorized to complete this work.
5.Decided to file a case before the National Human Rights Commission. General Secretary is authorized to file the case.
6.Decided to publish a “Compilation of all Rulings relating to Casual Labourers” during the next AIC. Com.M.Krishnan, Secretary General, NFPE is authorized to complete this work.

NFPE CHQ once again requested all the Circle Secretaries of NFPE unions to form State Committees of Causal, Part-time Contingent & Contract Workers Federation in all Circles before 15.11.2014. It is also requested to all the Casual Labour Federation leaders to make the above decisions a grand success.

With warm greetings
Comradely yours,

Posted by Y. Nagabhushanam at 07:44 No comments: 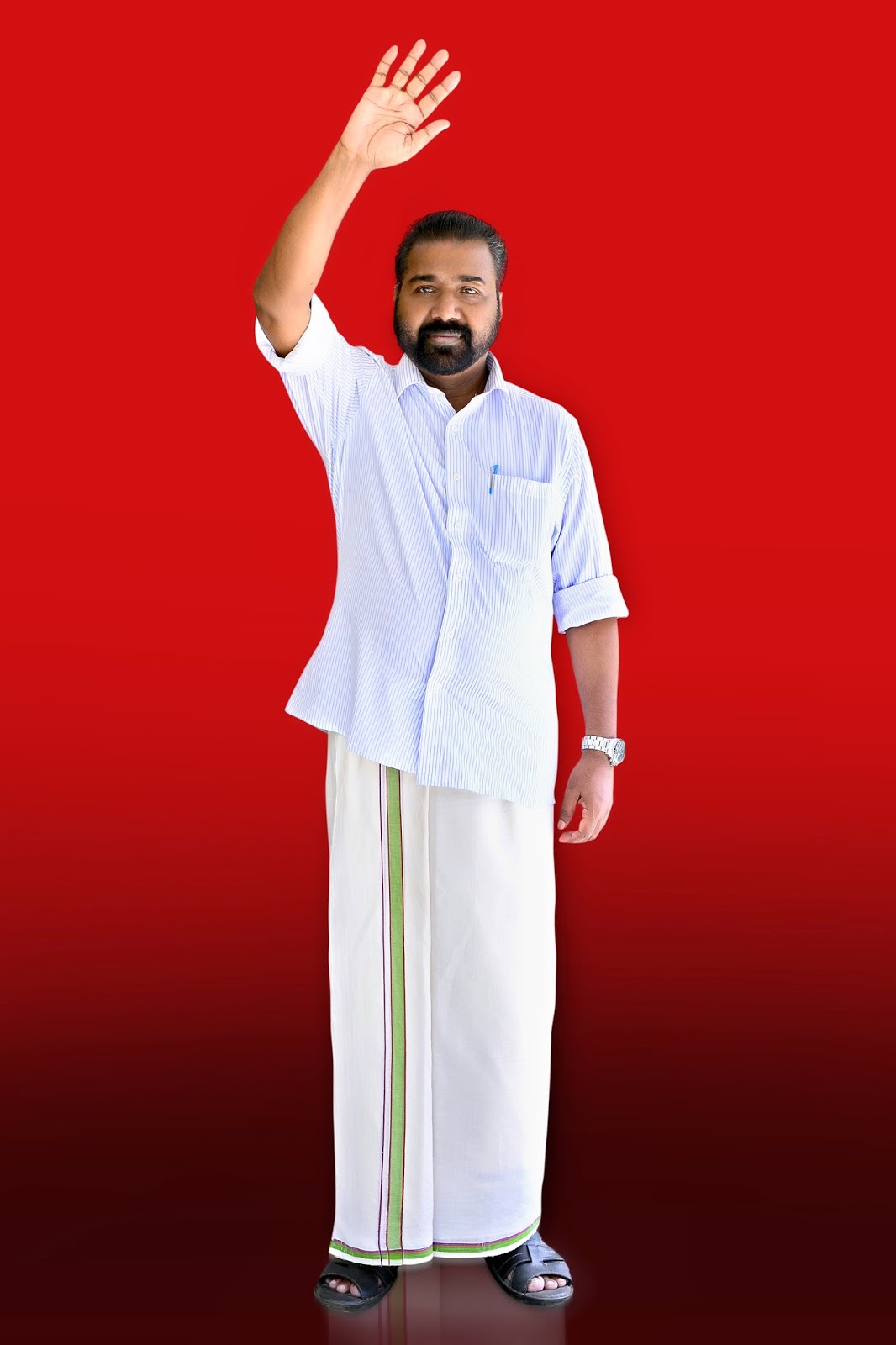 CONFEDERATION WRITES TO MINISTRY OF FINANCE

In continuation of the CWCs already held at Hyderabad and Guwahati, the third Central working committee of AIPEU Group ‘C’ was convened at Ongole – A. P. from 22.08.2014 to 23.08.2014, after the Last AIC.
The NFPE & AIPEU Group ‘C’ flags were upraised by Com. Giriraj Singh President NFPE and Com. R. Sivannarayana CHQ President respectively. Out of 15 office bearers the following Thirteen were present.
1.      Com. R. Sivannarayana, President
2.      Com. Mangesh Parab, Working President
3.      Com. N. Gopalakrishnan, Working President
4.      Com. R. C. Mishra, Vice President
5.      Com. C. P. Shobana, Vice President
6.      Com. M. Krishnan, General Secretary
7.      Com. N. Subramanian, Dy. General Secretary
8.      Com. R. N. Parashar, Asst. General Secretary
9.      Com. A. Veeramani, Asst. General Secretary
10.  Com. Balwinder Singh, Financial Secretary
11.  Com. U. K. Tiwari, Org. General Secretary
12.  Com. S. A. Hamid, Org. General Secretary
13.  Com. L. P. Saikia, Org. General Secretary
Com. Gaurang Dev Maity, Asst. General Secretary & Com. H. P. Diwakar, Asst. Financial Secretary were absent.
Out of 22 Circles, barring Delhi Circle in Organisational dispute all the 21 circles represented. Six Mahila Committee members were also present.
Com. Giriraj Singh President NFPE & General Secretary, AI RMS & MMS EU Group ‘C’ inaugurated the CWC session.
Com. R. Sivannarayana, President CHQ presided over the CWC and the Working Presidents & Vice Presidents assisted him during the session. On behalf of receiption committee Com. DASV Prasad, Circle Secretary, Andhra Pradesh Circle gave welcome address.
The General Secretaries of Sister unions and office bearers of NFPE & Leaders took part amidst the active session and presented their speech.
Com. Seethalakshmi, General Secretary, AIPEU Postmen & MSE/Group ‘D’
Com. P. Suresh, General Secretary, AI RMS & MMS EU MAILGUARDS & MTS GROUP 'C'
Com. V. K. Tiwari, General Secretary, All India Postal SBCO Employees Union Group ‘C’
Com. P. Pandurangarao, General Secretary, AIPEU-GDS (NFPE)
Com. P. Mohan, General Secretary, AIP Casual, Part Time, Contingent, Contract Workers Federation
Com. S. Raghupathy, Asst. Secretary, NFPE
Com. I. S. Dabas, Ex-General Secretary, AIPEU Postmen & MSE/Group ‘D’
Com. K. V. Sridharan, Ex-General Secretary, AIPEU Group ‘C’
Com. Manoharan, Working President, NFPE
Com. B. G. Tamhankar, Ex-President, AIPEU Group ‘C’ & NFPE
Com. Appanraj, Ex-General Secretary, All India Postal SBCO Employees Union Group ‘C’
The CWC eleaborately discussed in length and breadth of all the issues related to technology, Core Banking solutions, Core Insurance solutions, MACPs, Cadre restructuring JCM Departmental Council items, Postal JCA Charter of demands and programme of action and Confederation Charter of demands etc.
The following are the important decisions arrived by concensus in the CWC.
1.      The Confederation’s effort for inclusion of GDS demands in 7th CPC, DA merger etc has been endorsed.
2.      The upgradation of pay scale of PA/SA and supervisory posts will be given due importance while oral evidence with 7th CPC.
3.      CWC full endorsed the AIPEU Group ‘C’ (CHQ) Memorandum to 7th CPC.
4.      The CWC endorses memorandum submitted by NFPE, JCM NC, Confederation, demanding minimum wage as per 15th ILC, DA merger etc. Five promotion & inclusion GDS in true spirit.
5.      The CWC decided to insist the department to implement the agreed cadre restructuring proposal at the earliest.
6.      The CWC directed all Divisional and Branches as well as the Circle Secretaries to celebrate the Diamond Jubilee of NFPE in a befitting manner by holding conventions, meetings, recognize the services of old leaders etc.
7.      The CWC requested all the divisions and branches to observe Postal JCA programme of actions to clinch all the 39 demands.
8.      To end the election dispute of Delhi Circle, it has been decided to conduct General Body by CHQ itself on the basis of actual membership being existed in the divisions after obtaining legal opinion.
Further to the above decisions, the following resolutions have been passed unanimously.
1.      In the wake of retirement of Com. M. Krishnan, General Secretary on 31.08.2014, Com. N. Subramanian Deputy General Secretary will officiate in the post of General secretary and Com. M. Krishnan will continue to function in the CHQ till ensuing AIC.
2.      Repairing of building of Tarapada Bhawan at New Delhi may be executed as the present state of the building needs rewiring plastering of roof and floor etc. The proposed expenditure will be around Rs. One Lakh.
In precise, the CWC has gone in a constructive manner and the discussions were in detail. The decision taken above will be the road map to the CHQ for its effective functioning. The views and suggestions deliberated by the CWC members have been taken proper note of and they will be taken up with the Directorate and other levels.
CWC recorded its special and sincere thanks to the host of the CWC, (i.e) the Andhra Pradesh Circle Union and in particular to Com. D. A. S. V. Prasad, Circle Secretary, Andhra Pradesh and the divisional union, Prakasam division for volunteering to host the CWC and for the elaborate grand arrangements they made for this meeting and also the wide publicity given through posters and website.
Com. N. Subramanian, Deputy General Secretary has delivered vote of thanks on behalf of CHQ.
Com. D. A. S. V. Prasad Circle Secretary A. P. delivered vote of thanks on behalf of Receiption Committee.
In total, the CWC at Ongole ended with a historic success.
Posted by Y. Nagabhushanam at 07:01 No comments: