Postmen threaten to boycott delivery of half your letters: Items handled by competitors may not be put through your letterbox

comments
Postmen are poised to boycott delivery of half the country’s letters, leaving Britain’s mail system on the brink of chaos.
An overwhelming majority voted for the measure, which raises the prospect of urgent mail such as debit cards, gas bills and bank statements being abandoned at Royal Mail delivery offices.
One in two letters delivered each day are handled by one of Royal Mail’s rivals, TNT Post and UK Mail, which print their insignia on the envelope. 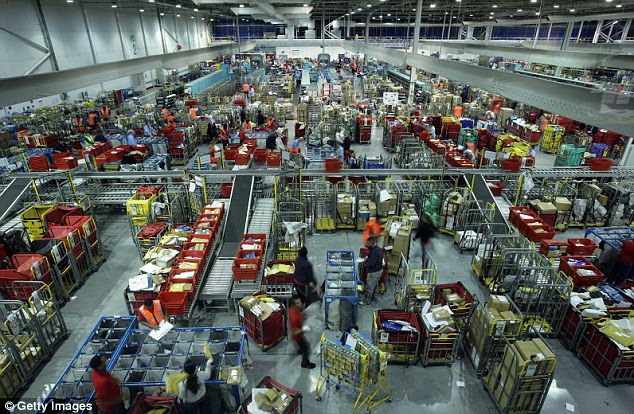 Fury: A union ballot of Royal Mail staff has displayed their anger at plans to privatise the company. Workers could also refuse to work with competitor mail firms
Royal Mail is responsible only for the ‘final mile’ of the delivery –  that is, putting the letter through  your letterbox.

In a consultative ballot, the Communication Workers’ Union asked its members if they supported ‘the boycott of competitors’ mail’. 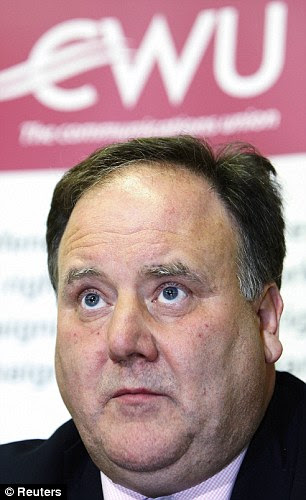 Billy Hayes, general secretary of the Communication Workers Union, says the message from Royal Staff to the Government is 'loud and clear'
The results, published yesterday, were clear. Of the 112,414 ballot papers which were sent out, 75,662 came back with a ‘yes’, equal to a vote of 67 per cent. Just 6,996 said ‘no’.
Yesterday the CWU did not name a date for the boycott to begin, but warned it could last indefinitely. Its impact could be devastating.
Many of Britain’s biggest companies use the services of Royal Mail’s rivals, including Santander, Barclays, Lloyds Banking Group, Tesco, Npower, Sky, E.On, Thames Water and TalkTalk.
Royal Mail delivers around 58million letters every day. The workers’ boycott would be unlawful if it went ahead in the next week - thanks to a High Court ruling. But if it eventually goes ahead, mountains of mail could pile up in delivery offices around the country.
CWU members were also overwhelmingly against the privatisation of Royal Mail, with 70 per cent of those balloted saying they were ‘opposed’.
Ministers are planning to float the business on the stock market, a move which even Margaret Thatcher opposed. She said she was ‘not prepared to have the Queen’s head privatised’.
They have pledged to give 10 per cent of Royal Mail shares to its workers, but the CWU yesterday dismissed the prospect of free, or discounted, shares.
Dave Ward, deputy general secretary of the CWU, said: ‘Postal workers are not going to sacrifice their souls for a so-called 10 per cent stake when they know their jobs, pensions and conditions are once again under threat.’
Until January 2006, Royal Mail had a monopoly on all mail in this country. Since this was axed, it has rapidly lost its key business customers. 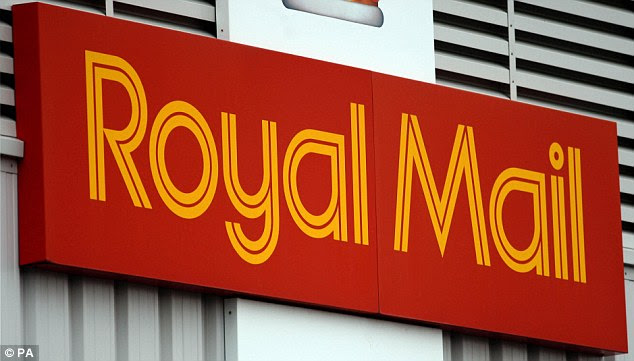 A statement from Royal Mail said any industrial action could not only hurt the company financially but are also unlawful
At present, ‘around half of the daily post bag’ is made up of mail which has been handled by a rival, according to Royal Mail. Last year, TNT handled 3.8billion letters, compared with 1.1billion in 2006. UK Mail said it handled around 2.7billion.
'Postal workers are not going to sacrifice their souls for a so-called 10 per cent stake when they know their jobs, pensions and conditions are once again under threat'
Dave Ward, Communication Workers' Union
Royal Mail is obliged to deliver every piece of mail to every address in the country, however remote.
But its rivals can simply cherry  pick the best contracts, such as a high-street banking giant, without ever having to worry about getting a second-class postcard from Cornwall to Carlisle, for example.
Many people already use the internet to access their mobile phone and bank accounts. And yesterday a Royal Mail spokesman warned the boycott would further encourage the public to ditch letters in favour of emails.
He said: ‘Any action against letters [handled by rivals] and parcels would adversely impact on large numbers of the general public and the postal industry as a whole by increasing e-substitution. It would also severely impact on our business, our reputation and that of our employees.’ 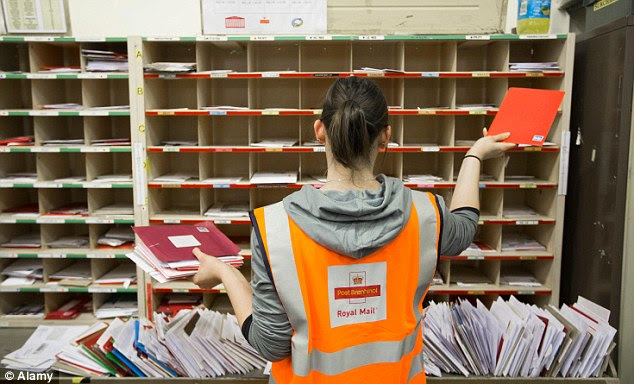