India, being a founding member of the International Labour Organisation (ILO) has deep respect for its principles and objectives. The Government of India has always upheld the basic tenets of tripartism. ILO has not commented about India’s lack of compliance with ILO Convention -144 on Tripartite Consultations in implementing the four Labour Codes. The four Codes, namely, the Code on Wages, 2019, the Industrial Relations Code, 2020, the Occupational Safety, Health and Working Conditions Code, 2020 and the Code on Social Security, 2020 have been notified in Gazette of India. Prior to that the Government had done extensive consultations inviting all Central Trade Unions, Employers’ Associations and State Governments. The Government had undertaken nine tripartite consultations on all the four Codes on 10.03.2015, 13.04.2015, 06.05.2015, 14.07.2015, 06.10.2015, 04.10.2017, 22.11.2018, 27.11.2018 and 05.11.2019 inviting all Central Trade Unions, Employers’ Associations and State Governments. All these Codes were also placed on the website for inviting comments from all stakeholders including general public.

Further, all the Codes were referred to the Parliamentary Standing Committee on Labour for examination. The Parliamentary Standing Committee on Labour, in the process of examination of the Codes, had invited the views/suggestions from Trade Unions / Organizations / Individuals / Stakeholders and also took oral evidence of the representatives of Central Trade Unions and various other Associations/Organisations/Stakeholders. The reports of the Committee were taken into account before these Labour Codes were considered and passed by the Parliament.

As a step towards implementation of four Labour Codes and to discuss the draft Rules on four labour Codes, tripartite meetings inviting representatives of all Central Trade Unions and Employers Associations were convened through Video Conferencing on 24th December, 2020 and 12th January, 2021.  Third tripartite meeting was held on 20th January, 2021 in physical mode.

However, the Industrial Relations Code, 2020 reduces the requirement of minimum continuous service in case of fixed term employees from five years to one year.

This information was given by Minister of State (I/C) for Labour & Employment Shri Santosh Kumar Gangwar in a written reply in Lok Sabha today. 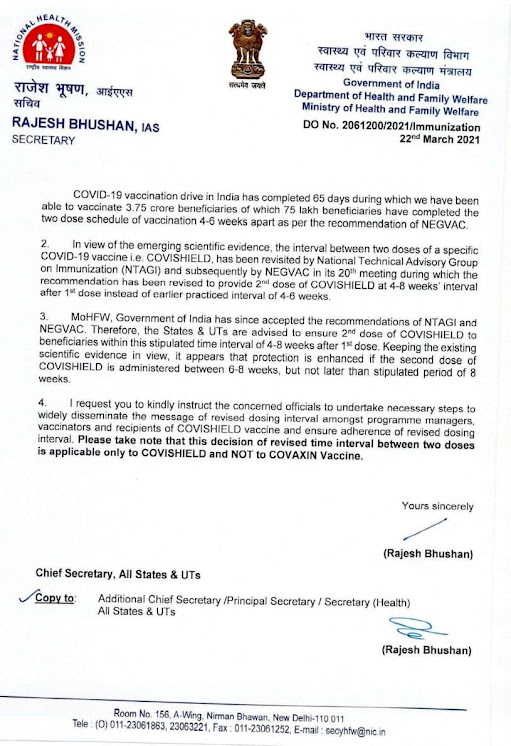 The Chief Secretaries of all States & Union Territories

I am directed to say that instances have come to the notice where the pensionary benefits of employees belonging to ST category, who were working in various offices and organizations under Central Government in the State of Tamil Nadu, have been withheld on the ground that their caste verification is pending from the State Government. The Parliamentary Standing Committee on the Welfare of the Scheduled Castes & Scheduled Tribes (SC&ST) have taken a serious view of this, and has directed this Department to issue necessary guidelines to all the concerned for ensuring timely verification of the Caste Certificate of the employees belonging to the reserved category.

2. It is stated that the responsibility for the issue and verification of Caste Certificate lies with the concerned State/UT Government. The Hon’ble Supreme Court, vide its Order dated 2.9.1994 in the matter of in the matter of Kumari Madhuri Patil vs Addl. Commissioner, has laid down the detailed guidelines for effective verification of the Caste Certificates of the employees, so that no person, on the basis of fake caste certificate, may secure employment wrongfully in the Government.

3. DoP&T has issued various guidelines from time to time for streamlining the process of verification of Caste Certificate of the employees, and has requested the State/UT Governments for timely verification of the same. However, as mentioned above, instances have come to notice that the appointing authority has taken an unduly long time in getting the caste status of an employee verified through the concerned State authorities which is totally in contravention of the existing instructions. In this regard, attention is invited towards the following instructions of DoPT in the matter:

(iii) DoPT, vide letter No. 36022/1/2007-Estt (Res) dated 20.3.2007 (copy at Annexure-III), have requested the State/UT Governments to issue instructions to the District Magistrates/ District Collectors/Deputy Commissioners of the districts to the effect that they should ensure at their own level that veracity of the Caste/Community certificate referred to the district authorities is verified and reported to the appointing authority within one month of receipt of request from such authority. The State/UT Governments were also requested to initiate disciplinary proceedings against the officers who default in timely verification of Caste Status.

(iv) DoPT, vide letter No. 41034/3/2012 – Estt (Res) dated 11.4.2012 (copy at Annexure-IV), have reiterated the above instructions dated 20.3.2007 requesting the State/UT Governments to issue instructions to the concerned district authorities to ensure veracity of the Caste/Community Certificate referred to them and report the same to the appointing authority within one month of receipt of request from such authority. This letter also conveys the directions of the Parliamentary Committee at that time on the Welfare of SCs and STs that the State/UT Governments may constitute a District-Level Committee in each District which may hold regular meetings to ensure timely verification of Caste Certificates.
Also Read : Streamlining the procedure for verification of claims of candidates belonging to SC, ST and OBC

(v) DoPT OM No. 36011/1/2012-Estt (SCT) dated 8.10.2015 (copy at Annexure-V) reiterates the earlier instructions on timely and effective verification of the Caste Certificate so that the benefit of reservation and other scheme of concessions etc. go only to the rightful claimants.

(vi) DoPT letter No. 36011/1/2012-Estt (SCT) dated 14.3.2016 (copy at Annexure-VI) addressed to all State/UT Government again reiterates the earlier instructions on verification of Caste Certificate within a reasonable time.

4. In view of the above, all State/UT Governments are again requested that the above-mentioned instructions may be brought to the notice of all the concerned officers, and it may be ensured that the process of caste verification is completed within a reasonable time, and the concerned appointing authorities are informed about the veracity of the Caste Certificate of the candidates/employees within one month of the receipt of such request from the concerned appointing authority.
5. This issues with the approval of Secretary (P)